Exploring the Arts and My place in Creation

About a year ago I was contacted by the parents of Daniel Trask. Their son had gone missing and they suspected he would be in Temagami. They did a google search and came up with a link to my blog page. They contacted me to ask for a little assistance in getting connected with some people who might be able to help. Information was posted on ottertooth.com and friends of temagami facebook. Soon there were many people offering love and assistance. Daniel Trask became adopted into so many families at that time. Having walked the bush, scouted abandoned cabins, scoured spirit rock, I too felt as though Daniel was my brother.
We are kindred spirits and Daniel belongs to a very large family now.

The day before Daniel left on his journey, he drew this picture. Daniel was an artist at heart. He was a creative craftsman with a pen or a knife or even a rock and some cloth. Daniel knew that our life was but art and he freely expressed it. This is a beautiful rendition of the tree of life. It is hauntingly simple and humble. This looks to me to be a birch tree. There is no shortage of birch in Temagami. The birch tree was used and revered by our first nations. Sap to drink, paper to create everything from baskets to canoes to housing. The birch is loved by the beaver, who finds sustenance in its tender branches. Grouse pick at the new seed pods. The birch is indeed a tree of life in Temagami, and Daniel has made this drawing alive by its very recognition.

On Daniels birthday, I drew this drawing. It is a prayer doodle. As the lines flowed I prayed for Daniel and his family. I prayed for protection and understanding. I wanted to celebrate our magnificent connection through spirit. I wanted to recognize and put everything under the glorious light of the creator and hand it over. What could I really do? With so many people helping and searching I felt physically inadequate.

Explore Magazine had a very great article on Daniels disappearance. The backdrop photo to the article was this picture I took at the Changing of the Seasons ceremony 2011. I was very honored and marveled at the fact that I even had pictures of Daniel.

Daniel paddled into the Changing of the Season Ceremony like a true expert. He had command and comfort of himself and his vessel. I remember my wife and friends watching him in admiration as he landed at the ceremony site. After the ceremony, I couldnt help but see the expression on his face as he ate potluck. He was so captivating to me that I took these photos. I thought that he was an old friend of Temagami and had no idea that this was his first visit to Obabika.

One year feels like a lifetime when you are waiting and wanting and one year is but a single breath in the arms of the creator. 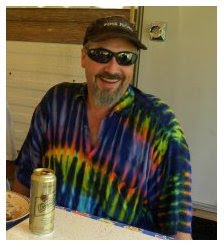 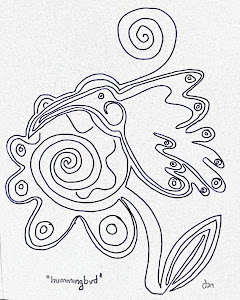 Fruits of the Spirit

One: Treat the Earth and all that dwell thereon with respect.

Four: Work together for the benefit of all Mankind.

Five: Give assistance and kindness wherever needed.

Six: Do what you know to be right.

Seven: Look after the well being of mind and body.

Eight: Dedicate a share of your efforts to the greater good.

Nine: Be truthful and honest at all times.

Blasts From the Past